Today, Ubisoft is releasing Sword and Shield and Dual Sword command list on there forums! Here you can find the command lists for both of these fight styles on both PlayStation 3 and Xbox 360 consoles. They will be releasing more of theses lists over the next couple days. 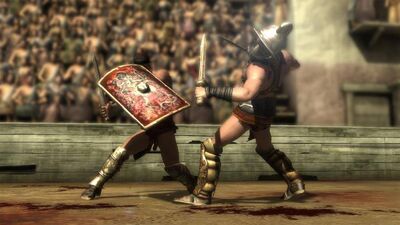 As of July 6, parts two and three are out, these include the moves for Spear and Shield, Two-Handed Trident,Dual Daggers, and the Two-Handed Hammer.