"Dominus/Domina" is the word for master or owner. The word is most often used by slaves when speaking of/to

their owners. A Dominus may also refer to themselves as such when speaking of their property (i.e., "I am the Dominus of this Ludus). As a title of sovereignty, the term under the Roman Republic had all the associations of the Greek Tyrannos; refused during the early principate, it finally became an official title of the Roman Emperors under Diocletian (this is where the term dominate, used to describe a political system of Roman Empire in 284-476, is derived from). 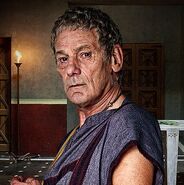 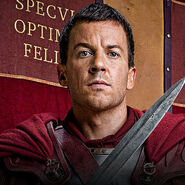